How Does an Air Ionizer Work – Benefits & Dangers

If you’re reading this, there is a chance you are considering buying, or you already own, an air ionizer. Air ionizers, also known as negative ion generators, are very different from popular air purifiers that utilize HEPA or Activated charcoal. In this post, I’ll discuss how air ionizers work, their benefits, and dangers, plus a comparison to their closer cousin ozone generators, also called ozonators.

How Does an Air Ionizer Work?

Air ionizers work by using electricity to generate negative ions. The negative ions are dispersed into the air and electrically charge air molecules. Because most air pollutants are positive ions, the negative ions bind to the positive particles and fall to nearby surfaces.

Ionizers use a high voltage current to give out an electrical charge to molecules in the air or air molecules moving in the air purifier. The charged molecules are called ions, which are negatively charged. 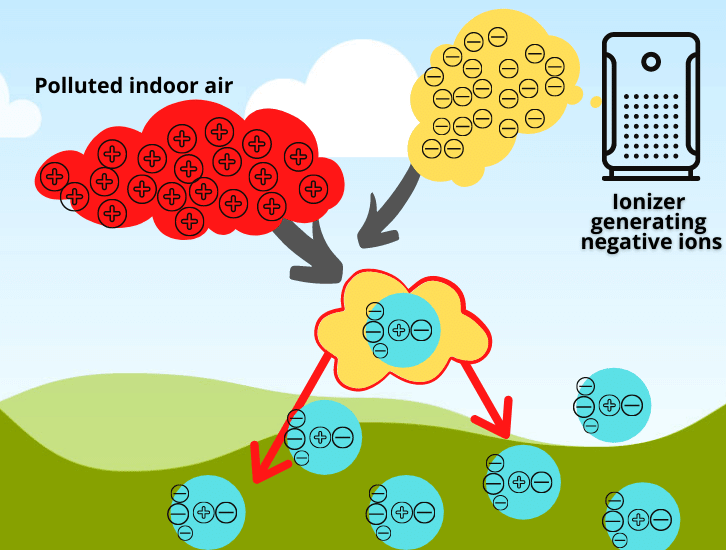 When the negative ions are released into the air, they attract other molecules and surfaces with a positive charge. This causes the particles to clump together, forming heavier particles that fall on nearby surfaces. Alternatively, an air ionizer called an electrostatic air purifier comes with a positively charged plate that attracts particles as they pass through. However, regular air ionizers do not have a plate, so the heavy bonded particles fall somewhere in the room.

To disperse negative ions into the air, ionizers can use a fan to speed things up, or some fanless models rely on air movement around the room. Fanless ionizers have the advantage of functioning quietly, but they will take a longer time to purify the air. Those ionizers that use fans are faster at purifying the air and will often utilize other air purifying technologies like HEPA filters or carbon filters for removing more particles, odors, and other pollutants from the air.

To improve your indoor air quality, there are two types of pollutants you should deal with, which are gaseous and particulate pollutants.

Air ionizers are ineffective against gaseous pollutants, such as odors and VOCs. However, they work for particulate pollutants by attaching and clumping together before falling to the floor, carpets, curtains, or other surfaces. The working principle of ionizers does not clean up the air. Instead, the particulate pollutants fall to nearby surfaces. However, according to EPA, air ionizers might be ineffective in removing larger particles such as pollen from the air. 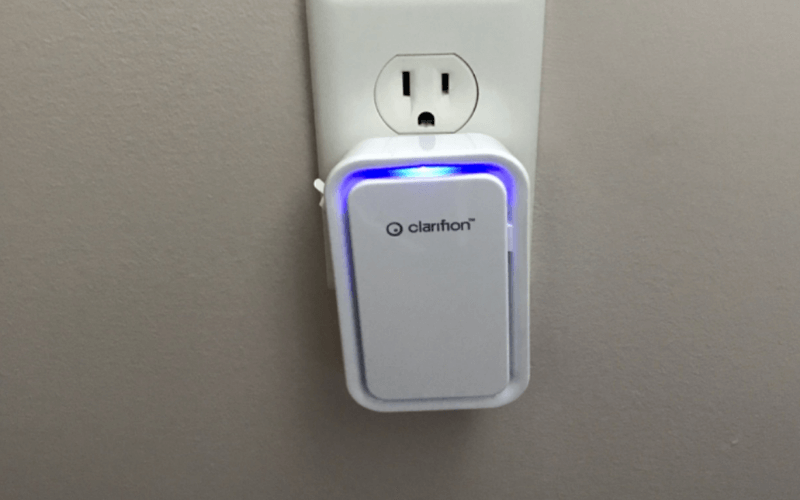 Cleaning up after using an ionizer helps to remove pollutants on surfaces. However, in the process of cleaning up, some particles might get dislodged and end up back in the air.

The efficiency of air ionizers, according to a study published in Science Direct, found that air ionizers were more suited for removing ultrafine particles from rooms larger than 25 m3. Air ionizers were also found to be more effective than air filters in larger rooms.

The main benefit of air ionizers is cleaning the air. As earlier stated, air ionizers are effective against minor particulate matter in the air. Additionally, air ionizers can help reduce static electricity in your home.

Apart from purifying the air, ionizers also help refresh the space. Negatively charged ions are most prevalent in natural places like waterfalls or moving waters. The freshness of philosophy at the beach or a waterfall is because of negative ions. An ionizer can help recreate this experience (relaxing effect) by artificially releasing negative ions.

According to PhysioRoom, exposure to negative ions has also shown an increase in brain activity, produces a calming effect, and provides relief from migraine, hay fever, and post-operative pains.

One of the significant disadvantages of using air ionizers is the generation of ozone as a byproduct. Ozone is a colorless and odorless gas that has its benefits and dangers. The existence of ozone in the stratosphere helps protect the earth from the harmful sun’s radiation. However, down low in the air we breathe, ozone can be dangerous, even in small quantities.

According to EPA, ozone can irritate your respiratory system, reduce lung function, inflame the lungs, and aggravate asthma and other chronic lung diseases such as emphysema and chronic bronchitis.

NIOSH recommends the exposure limit for ozone to be 0.1 ppm (0.2 mg/m3). It also states that five ppm or more levels are dangerous to life or health.

The significant difference between ionizers and ozone generators is that ozonates produce ozone as the main product when ionizers produce ions. Ozone generators, unlike ionizers, can eliminate odors and airborne chemicals, but they are not effective against particulate matter like dust and pollen. 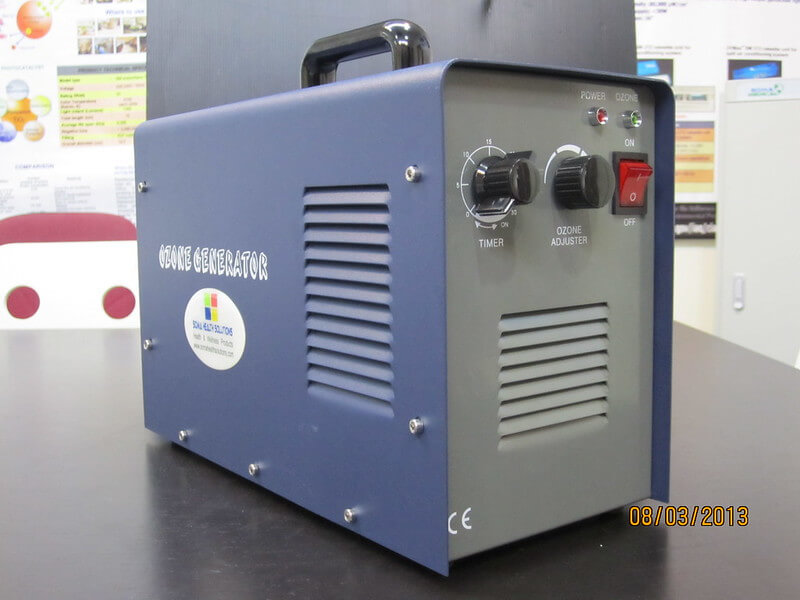 Because of the refreshing smell given off by ozone generators, they were more popular years ago in homes and offices. However, due to the potential health effects of these machines, they have fallen out of favor. However, they are still used for industrial applications.

A HEPA or new Hyper-HEPA air purifiers are a decent option to remove particulate pollutants in the air, such as pet dander, pollen, dust, or mold spores in your home. They are efficient and have a track record to back their claims. If you have a problem with gaseous pollutants or want to eliminate a bad smell, an air purifier with a carbon filter will do a good job.

However, HEPA and carbon filters need regular changes to remain effective against particulate pollutants. This is where air ionizers and ozone generators have the upper hand by providing users a filterless experience that does not require regular maintenance. See other types of air purifiers.