Cold Air Coming Down The Chimney? Try These 4 Tips

A fireplace is supposed to keep your home warm and cozy. However, it can do more harm than good. When Cold air flows down the chimney and enters your home, it lowers the temperature and, in turn, raises heating bills and also adds to the factors that make your home uncomfortable.

A chimney damper is one of the various parts that make up a chimney. A chimney damper is located in the chimney’s flue and helps control the chimney ventilation. The damper has a chain that users can use to open or close. A chimney’s first defense against cold drafts in your home is the damper. However, the damper might wear down, corrode, or simply not seal the chimney hole properly over time. This, in effect, will allow cold air in and warm air out.

If your chimney damper is not working, then you can have it repaired or replaced. However, you can also consider a top-sealing damper. 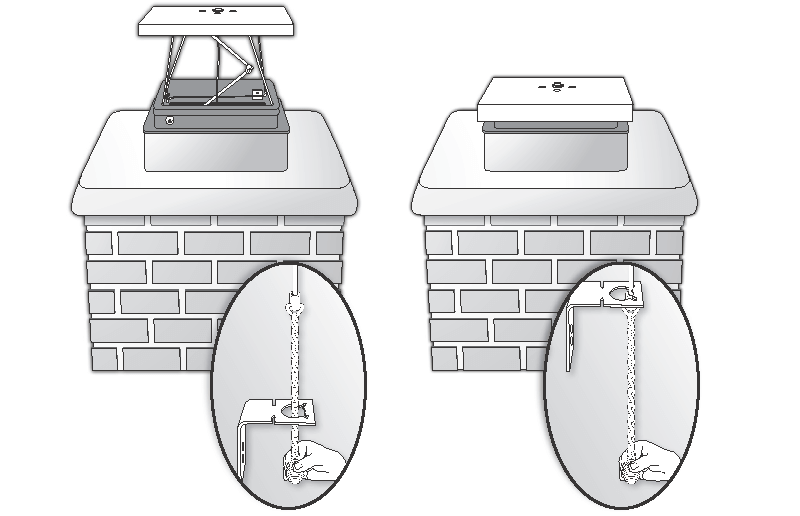 Check out this Chim-A-Lator Deluxe Top Sealing Damper, which is well built and uses a simple design. It is quickly installed and has multiple settings on how far it opens. You can crank t open when the fire is on and close it all the way down once you extinguish it.

What is the purpose of a chimney cowl?

The cowl in a chimney is usually fitted to prevent wind from blowing smoke back into the room. A chimney cowl can also act as a rain guard by preventing rainwater from going down the chimney. However, not all chimneys need a cowl. 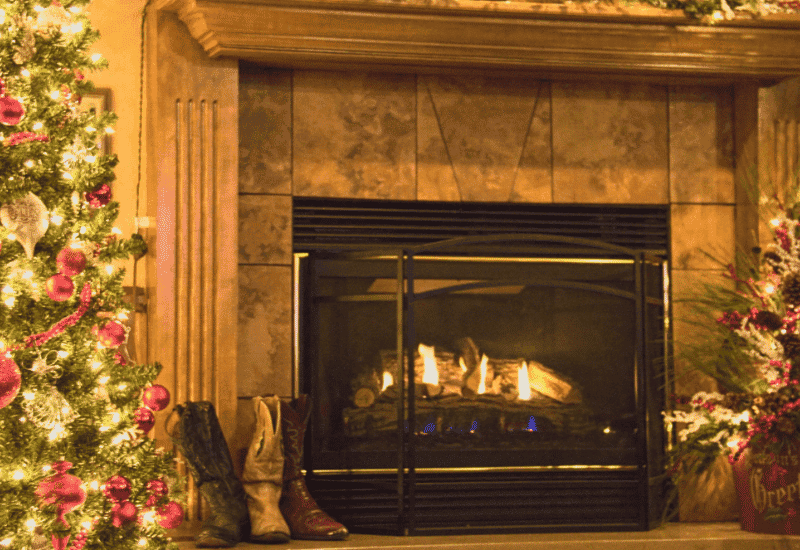 How much heat is lost through the chimney?

According to the U.S Department of Energy, sealing off a fireplace can save as much as 14%. For $100 spent on fuel, you end up saving $14. The study also showed that even though a fireplace might be shut using a fireplace damper, sometimes they rarely seal properly, are worn out, or are often warped.

Pillows, plugs, and balloons are designed to be inserted into the chimney to stop cold air from going down and warm air from escaping through the chimney. These devices are a great choice for a draughty chimney, especially if you do not use your fireplace regularly.

Chimney Balloons are made of plastic and offer a very easy solution to blocking a chimney. A chimney balloon is very easy to install and remove. The plastic is inflated with your mouth or a low pressured pump. All you have to do for a chimney balloon is insert it into the chimney when already set up and inflate it to full capacity. 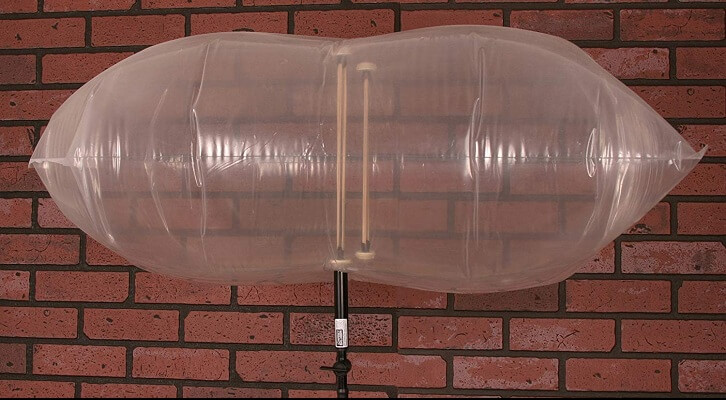 Though chimney balloons work on some level, they also come with flaws. First, they can be a bit hard to install. They are also more prone to puncturing when carelessly handled. People using the ballons have also complained about the effectiveness of chimney balloons in completely blocking the chimney.

A couple of days after installing the balloon, it can lose air, thus allowing air to flow. Chimney balloon users have also complained about increased dampness and mold in their homes after using the chimney balloon. For a better solution, I would recommend a chimney plug/sheep.

A Chimney sheep is made from 100% wool and has a plastic handle that is used to insert it into the chimney. Once you have measured the correct shape and bought the chimney sheep, you must simply place it inside the chimney. Because it is made of wool, there is no need to inflate it, and you don’t need to worry about it deflating or bursting. It is also washable and biodegradable, making it a good choice if you are a conservationist. 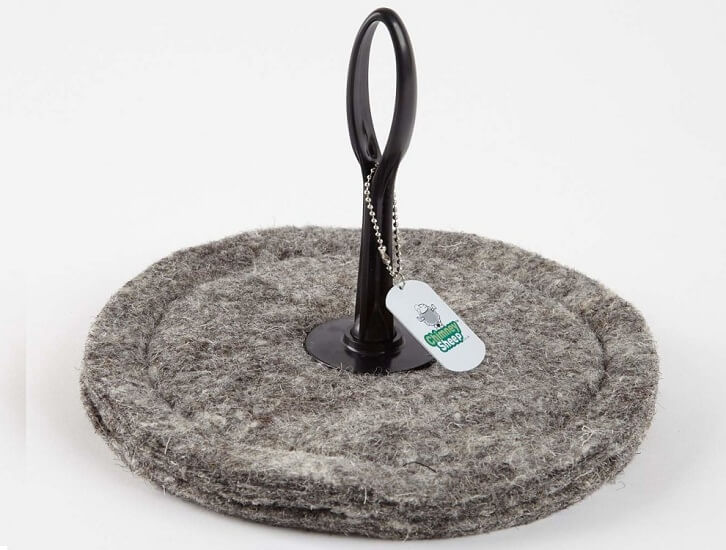 For a chimney sheep, check out the Flueblocker to Plug, which is made of wool. It is also available in a square shape for square-shaped flue designs.

Do chimney balloons cause dampness?

I have read several reviews and user experiences that chimney balloons cause dampness. However, I think this might have to do with your home’s humidity first; when you block a chimney, humid air that used to escape through gets trapped in your home, which inturns cause damp conditions. Though I have not used chimney balloons, I do not recommend them. A better option would be to get a chimney Sheep.

This is the last resort you should consider if you want to stop cold drafts of air flowing down the chimney. Before considering this option, I urge you to look at the above solutions and see which works better for you.

However, if you decide to permanently seal the chimney, ensure it is done properly to avoid problems in the future. A poorly sealed chimney will lead to leaks which will cause damage to your home’s interior or structurally destroy the chimney. Permanently sealing the chimney might also impact your home’s value. Be sure to weigh the options carefully before you make that important decision.

Yes. Even if you completely choose to seal off a chimney permanently, you should include ventilation to allow the chimney to breathe. This helps avoid deterioration of the chimney due to moisture that might get trapped in the structure.

Sealing a draughty chimney is one of the ways you can stop cold air from entering your home. As illustrated above, you can go about sealing the chimney in various ways. With as much as 14% of energy lost through the chimney, it is important to ensure your chimney is properly sealed. Apart from the chimney, there are also other ways to insulate your home and save on energy. Do you know any other ways of blocking cold air from a chimney? Share below in the comments, and let’s continue this conversation.