3 Strategic Ways to Position Fans to Cool a Room

Summertime means pool time, beach, or lakeside afternoons. However, it also means being too hot. Finding a way to keep cool could be a challenge, whether it is caused by the sun or the rising humidity. Not everyone has access to air conditioning, so fans come off as a cheaper alternative to cool a room down.

Fans, unlike air conditioners, do not cool the air in a room. Fans work by moving air around a room, which creates a cooling effect. The location and which way you point your fan matter on how well they cool down a room. In this post, I’ll discuss how to effectively position fans to cool down a room.

1. Position the Fan to Push Hot Air Out

Setting up the fan to push hot air outside a room and cool air from another source is one of the most efficient ways to cool down a room. However, blowing hot air out will not do much if there is no cool air (the replacement) coming in. The temperature difference between the two sources will also play a big role in the effectiveness of this method.

This method works if your room is hot and it is cool outside.

First, place the fan in your doorway facing the hallway. Open the windows to create a direct line of airflow from the windows to the door. When the fan is turned on, it will force hot air out, and cool air will be sucked in to replace it. However, this method might create some dead spots in some parts of your room. If you have a ceiling fan or a second fan, you can use it to ‘stir up the air in the room to help evenly distribute the air coming in. Read about how to cool a room with no window.

2. Use a Powerful Fan on the Floor

Cold air is denser than hot air. This is because hot air absorbs energy in the form of heat. The energy absorbed makes the air molecules move and expand, which decreases the density. For cold air, the opposite is true. Cold air is closer together, and because it is not absorbing heat energy, it does not move as much.

Why is this important?

Cool air lurks down below in a room while hotter air hovers above. Distributing the cool air below is another way to go to create a cooling effect. For this, you will need a powerful lowered fan to circulate the air. If you can position your fan low enough, it will move cool air around.

Tower fans, pedestal fans, or regular fans might not do the trick. The best candidate for this job is an air circulator fan. 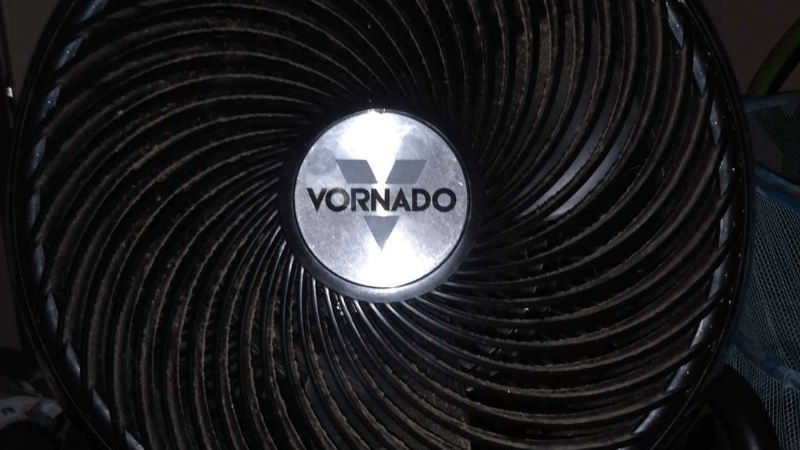 The Vornado 660 Large Whole Room Air Circulator Fan is currently our best cooling fan, and it works quite effectively in distributing air in a room.

Place the fan on the floor in one cooler corner for better results. It should be away from obstacles and a couple of feet away from the wall. Point the fan upwards and direct the air current to an adjacent wall. As the cool air moves around, it will make the room feel cooler.

3. Use a Box Fan in the Window

A box fan is square, compact, and portable, allowing different placements in your home, including the floor or, better yet, an open window. Depending on the temperature difference between the outdoors and your home, a box fan can be placed to blow in or exhaust air in a room to create a cooling effect.

If the air outside is cooler, you can cool a room fast by blowing in the air using a box fan. This is a fast method of creating a cool breeze in your home. For better results and to cool multiple rooms, a box fan should be set to exhaust warm air. 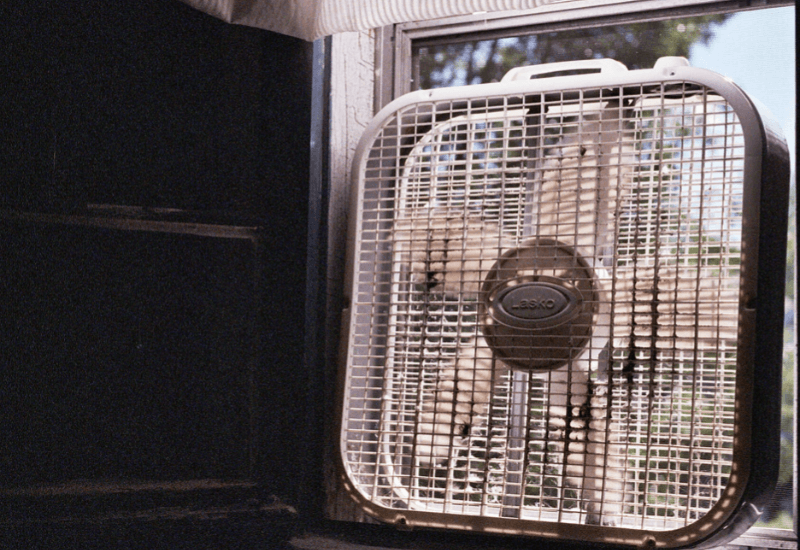 First, close all the doors and windows except the room you want to cool down. In the opposite room, set the box fan to suck and expel hot air outside. As the box fan expels hot air, cool air will be pulled into the adjacent room, thus creating a cooling effect. Using another fan to circulate the air around can improve the results.

Alternatives to Fans for Cooling Down a Room

Contrary to popular belief, fans do not have cool air. They circulate it around and even out the temperature or blow air over people, increasing the evaporation rate and creating a cooling effect. To cool down a room, air conditioning is the best way to go about it. Because air conditioning is expensive to run and install, evaporative coolers and portable air conditioners are the best alternatives.

Evaporative coolers are also called swamp coolers, desert coolers, swamp boxes, or even wet air coolers. They use the evaporation of water to remove heat from hot, dry air. They are best when used in dry climates with low humidity. Using evaporative coolers is an effective, economical, and environmentally friendly way of cooling a home down. 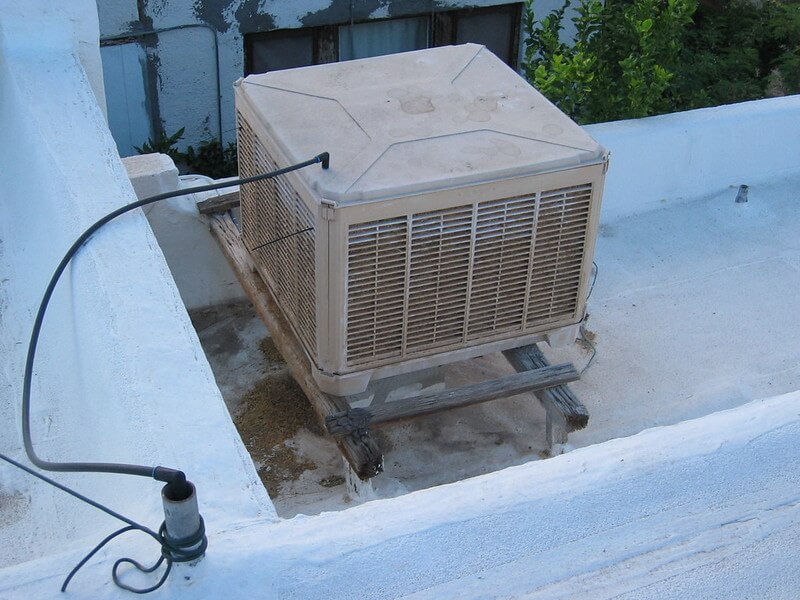 However, evaporate coolers should be used in an open area to properly work because they rely on the flow of fresh air. They must also be filled with water regularly to continue functioning optimally.

Ductless air conditioners or Mini-split ductless units are alternatives you can use to cool down a room. They effectively regulate room-to-room temperature while keeping your energy bills very low. The downside is that they are also harder to install and cost more than other window and portable air conditioners.

Cooling down a room is not as easy as just using a fan. To get better results, you need to find a place that optimally works to create a cooling effect. The fan you use will also influence how well you distribute air around a room. If possible, investing in other cooling methods is the best way to go.